This book is a definite must for all those caring for someone living with dementia. It is available from many publishers including Bloomsbury

Wendy Mitchell’s ground breaking book documents her personal experience of living with the early stages of Alzheimer’s. Diagnosed at 58 with its’ early onset, Wendy’s honest account and her many radio and TV appearances are helping to build a better understanding of the illness.

Wendy says in her article “My Opinion On The Social Care Chaos” which appears on her personal blog Which Me Am I Today:-

“For so long, in this country, we havn’t talked about the complexity of the individual living with dementia. The ‘need’ for support and services has been ignored and thought of as the realm of charities and this is one of the main reasons for the chaotic state of social care at present.

For so long people with dementia have been shoe horned into the general services which others believe is our need instead of individually assessing need. Now we’re beginning to rise in numbers and TALK in public, there’s a realisation of the individuality of ‘need’ – we don’t all ‘fit’ into current services provided.

It’s almost as if it’s too late for all those of us currently living with dementia, both in the early mid and late stages and all stages in between. It feels like we’re the guinea pigs being used to try to sort out this mess so future generations can benefit.

If everyone currently living with dementia, in whatever stage, has to be guinea pigs for change to happen, then so be it, but change there has to be. No more silence, no more voices of the few, no more talk and good intentions – there has to be actions.

In the next 5 years huge social care change must take place so that in 10 years time, we’re proud of what the country has in place. People living with cancer aren’t shoe horned into inappropriate treatment, those recovering from a stroke aren’t shoe horned into inappropriate treatment….so why are people with dementia? Dementia lags behind in medical innovation so the need for social transformation is greater.

We don’t have innovative medical procedures to follow or a plethora of choice on medication because research has been sadly underfunded so the need for social transformation is greater. In my mind this should naturally lead clinicians to use social prescribing instead of automatically looking at the medical model and then discharging us.

No more silence and ‘making do’. We need to be realistic though and also examine various ways to fund this enormous need – what should and shouldn’t be funded – as we all know there is no infinite money in the pot.

Which beggars the question, ‘Who is responsible and who should be involved in this massive transformation’? Well, only people who truly understand the problem and a large proportion of whatever group is set up should be made up of people with dementia, supporters, experts from the likes of Innovations in Dementia, TIDE, who are not afraid to stand up to policy makers – non negotiable and paid appropriately. Real people with real knowledge, real experience, along with the few policy makers who can make it happen but who LISTEN, MAKE NOTES, and put into ACTION.” 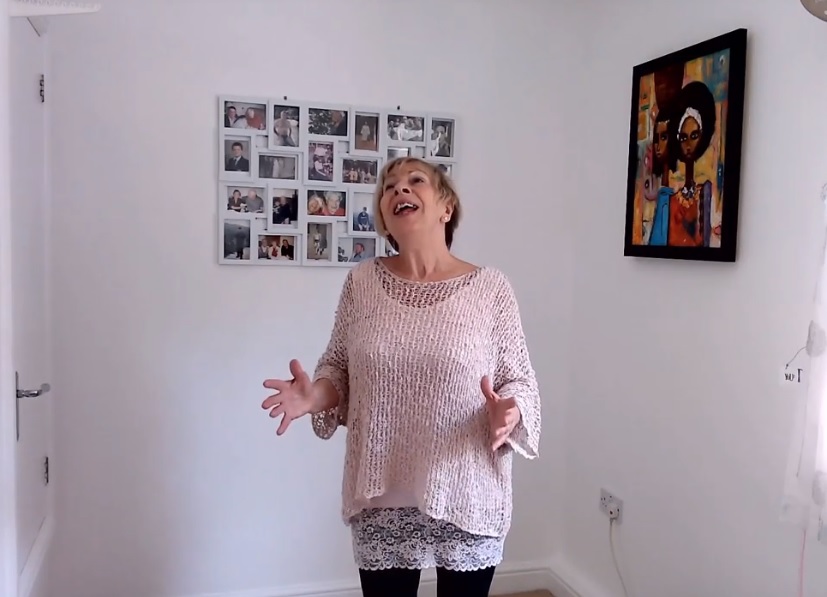